Caledonia Social Care held their official launch day on 30th June 2017 at our head office in Oxford Street Glasgow.  This was also International Employee Ownership day and was attended by Sarah Deas director of Co-operative Development Scotland (CDS) who are a part of Scottish Enterprise and Business Gateway and Jacqui Martin as a representative of the Employee Ownership Association. 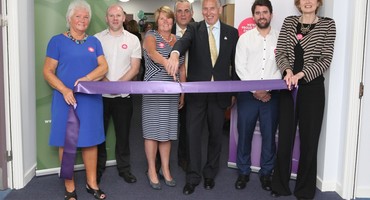 The launch day was open to local councils and partner bodies we had been working with.  We had a good turn out on the day, attended by employee owner representatives from CSC, by Alzheimer Scotland’s Chief Executive, Henry Simmons and Alzheimer Scotland Convener, John Laurie and trustees, with the ceremonial ribbon being cut by Margaret Paterson our Managing Director. 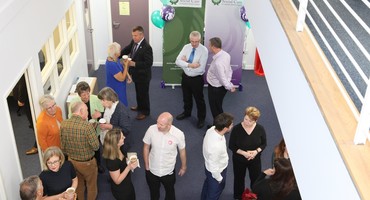